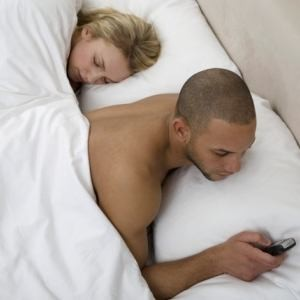 Loving the wrong person can make someone hate love, and even feel like they are worthless. There’s this show I was watching: a beautiful woman falls in love with a rich guy who’s practically a brat in every sense of the word. He has a personal servant, who tags along wherever he goes, to perform petty tasks like lighting fire at night when he takes his girlfriend camping; saddling his horse, because his family owns the biggest ranch in that town; carry picnic baskets.

The rich guy can barely handle a horse, yet he arrogantly challenges his servant, who is a rodeo champion, to a race; just to show off. Backstage, he has another one of his men threaten the servant so he can deliberately lose the race. According to them, a servant shouldn’t outshine their master.

Because of his inflated ego, he beats his naïve girlfriend whenever the opportunity presents itself, reminding her he’s the one who feeds her family as her parents work in his ranch, which is actually owned by his grandmother.

His idea of impressing girls is going on and on for hours about how much his family owns; and that the girl who marries him will be lucky because she will be the queen of that ranch when it’s finally bequeathed to him, even though he is second in line, after his equally arrogant dad.

When he is not too busy bragging about his family’s wealth, he is a reckless drunk, who sleeps with just about anyone in a skirt. All this happens while he still feigns faithfulness to his girlfriend, who is completely oblivious to his sexual shenanigans.

Obviously the girlfriend gets all worked up and confronts the boyfriend. In the heat of the moment she slaps him hard across his face, accusing him of cheating on her. The unapologetic boyfriend asks her to get out of his sight, and as she leaves, all the fury turns into pain and she starts sobbing. All this while, as the confrontation is going down, the servant is watching because he was talking with the boss when the girlfriend walked in.

The servant is a caring guy, and hates the way his boss treats women; and his girlfriend in particular. The boss leaves for the city, leaving a distraught girlfriend behind. Enraged, she threatens to commit suicide, citing low self-worth. Her jerk of a boyfriend was apparently the best thing that ever happened to her and now that she doesn’t have him, she doesn’t desire to continue living.

I watch painfully as she cries uncontrollably, asking what’s wrong with her; why men seem to trivialize her that way. The caring servant consoles her, asking her not to give up on life just because she ran into a hurdle. He tells her not to take her own life because life has so much to offer still.

By the time the show ends, the girl is still attempting to commit suicide. The servant forcefully carries her on his shoulder, taking her to his house so he can keep a close look on her. She only calms down when she comes down with a fever after staying out in the cold for too long.

The girl is obviously crushed, that her boyfriend cheated on her. I would feel the same way too if I found out my boyfriend was cheating on me. What I couldn’t agree with was the idea of her threatening to take her own life because now her life has lost meaning.

For starters, the servant she was with is a really nice guy. He is not wealthy, but his girlfriend would be a very lucky woman. The reason he, on the other hand, is single is because he feels he is so poor, he wouldn’t have anything to offer a woman.

As I watch the two, I can’t help wondering; if they were to become an item, they would make an amazing couple. The girl likes the guy, only as a friend, so I have a feeling she wouldn’t mind dating him, and the guy would in turn treat her like a queen with the little he has. Both would have the best of love.

The woman feels inadequate because she dates the wrong men, who make her feel worthless. If she dated the right guy, like the servant, who unlike the rich, bratty boss, is humble and caring, she wouldn’t feel so worthless because he would treat her right.

Sometimes we love the wrong people and end up hurting. As a result we hate love and feel worthless. If one is in a relationship where they feel unhappy, they should ‘step out’ of the relationship, and weigh things from a third person’s perspective. By doing that, one might end up realizing they are not the ones with the problem but their partners.

Like the girl; she would notice the problem is she loves and trusts a guy who doesn’t deserve her. He beats her, cheats on her, and she still manages to feel like she is the one at fault; and while she is going through all that heartbreak, he is in the city saying “I love you baibe,” to a woman he just met. She should say good riddance and find a guy who will love her right, and treat her like the queen she is.