There’s this very interesting anti-bullying ad I watched, nerds today, bosses tomorrow, where young bullied kids sing their own version of Gloria Gaynor’s ‘I will survive’. The kids, while being manhandled, vow to get back at their bullies. While I don’t quite agree with the whole concept of retaliation, I believe that is what happens in real life:

Someone gets bullied in school and when they get high positions in organizations later in life, they themselves become bullies. So really if that is the case, the cycle of bullying will never end. I feel there should be people big enough to take the high road; never seeking revenge for harm inflicted on them, because truth is that, for one to beat a villain they must be the better villain. If we all compete to be villains, there will be very little good in the world; too much darkness.

A recent post by Richard Branson reminded me of the video. The post said, “A club denied me entry for dressing scruffily. I went back and bought the place! 33 years later. The Roof Garden is going strong.”

The post and the You Tube video had me thinking about people in authority who belittle those they deem powerless. Some call it ‘Karma’; and in my opinion, it’s true, when one does something wrong, especially making an innocent person (s) suffer, they will pay back.

When someone wields power, they misuse it, making those under them suffer without cause. I always find myself questioning such people’s wisdom. Don’t they know that no one knows what tomorrow will bring? An underprivileged person could be at one’s mercy today, but tomorrow the same needy person will be the CEO of a big company, and the boss who mistreated them will be seeking employment in that same company after he was fired from his prestigious position or if the company he used to work for collapsed entirely .

Holding power requires that one practice humility. That way one won’t have so many wrongs to be accountable for because when fate catches up with them, they will be more humiliated than they humiliated those that were once under their authority. God fights for those considered weak by the society.

He fights for the needy, for widows, for the homeless, for the oppressed. He hears the cries of those who cry day after day because they feel powerless in the face of tyranny. And unlike those they oppressed, those who suffered unjustly, their- tyrants – story will be really bad because at the back of their minds they will know they are paying for their wrong deeds.

Power comes and goes. Companies go bankrupt, candidates lose elections when vying for top government positions. That is life; people at the top don’t always remain there; and sometimes those at the bottom of the social ladder, those despised by the larger society, find top positions in various fields.

In light of this, someone in authority should not take advantage of his/her position to bully those under him, because later he may find himself powerless, and at the mercy of those he mistreated…and it will be anything but pretty. 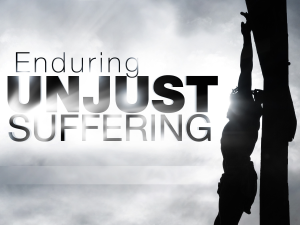 For what credit is there if you endure the beatings you deserve for having done wrong? But if you endure suffering even when you have done right, God will bless you for it. It was for this that God called you, for Christ Himself suffered for you and left you an example, so that you would follow in His steps. He committed no sin, and no one ever heard a lie come from His lips.

When He was insulted, He did not threaten, but placed His hopes in God, the righteous judge. Christ Himself carried our sins in His body to the cross, so that we might die to sin and live for righteousness. It is by His wounds that you have been healed. You were like sheep that had lost their way, but now you have been brought back to follow the shepherd and keeper of your souls. (1 Peter 2: 20-25).

How many times have you gone to bed and felt deprived of sleep because you feel you have been treated unfairly? Especially when you know you really didn’t deserve to be treated so badly? Say at work, school, by a friend, partner… Take heart if you are burdened with so much agony. God hasn’t turned a blind eye to your suffering. He sees it all, and when the time is right He will vindicate you. He will chasten your oppressors in due time.

Sometimes people let their oppressors get away with it, taking all the harassment patiently not because they don’t know their worth, but because they feel powerless. For instance, a diligent woman gets up every single morning, goes to work but all her employer sees are the things she does wrong; nit-picking, never complimenting her, even once, for her dedication to the work.

When the month ends, the woman is denied her rightful pay. She feels oppressed, but since nowadays jobs are so hard to find, she continues to work, hoping that at some point the employer will be kind enough to give her, the accrued wages. When the said employer realizes the woman takes it all uncomplainingly, they push even harder, insulting, humiliating her openly. But the woman, as much as she knows she deserves better, still shows up at work.

I talked about one knowing their worth, but sometimes circumstances force one to suck up. It’s said beggars can’t be choosers. If one is in such a situation, they shouldn’t despair. Peter says, if you endure suffering even when you have done right, God will bless you for it.

If one feels they are suffering unjustly and there’s nothing they can do to change their situation, one should patiently wait on God. He will come through, at His own time, and while He avenges them, punishing their oppressors, He will bless them beyond measure, for He is a just God.

How much are you worth?

I’m always wondering why some people let others treat them like trash. The unfair treatment is mostly attributed to one’s financial status, i.e. if one is considered poor they could be treated unfairly by those who are wealthy. It could also be due to one’s role e.g. in a company; some sub-ordinates really get their fair share of ill-treatment from their conceited honchos. It could also be due to one’s race, gender, sexual orientation…I could just think of so many reasons why some people get undermined.

But question is, is it right? Is it okay to treat someone like a lesser human being because of such inadmissible excuses? In my opinion, it is not. I know some people feel we can’t all be equal; nonetheless, those who wield power/authority shouldn’t oppress those they feel are below them. I empathize an awful lot with people who get treated badly at work, yet can’t quit because they need the money. They know they deserve to be treated better; still they take it all stoically. No one should be maltreated, especially if they didn’t do anything to warrant such torment. Like with one’s race; if one isn’t proud of who/what are, they can change their nationality, but if they are Asian, African, white etc. they will still remain as such. Some things just can’t be changed.

Relationships also come with their own baggage; some partners could be so abusive. There are those who will break their mates down, pointing out their flaws blatantly, in an attempt to shatter their self-confidence. Subsequently, the victim ends up despising themselves, under the illusion that they are repulsive and no one else, but their abusive mate could really love them. So, no matter how oppressed they feel, they never get the courage to walk out of the relationship.

One thing I would love to point out is that each individual is worth so much, and therefore deserves to be treated better. It may be hard for someone in a difficult situation to believe this, but this is the absolute truth. For instance, a recovering drug addict might feel they deserve to be ill-treated by other people because they got themselves into that mess in the first place; nonetheless, that shouldn’t be the case. Truth is we all make mistakes; however, one’s past faults, especially when they are trying to right their wrongs, shouldn’t be used against them. 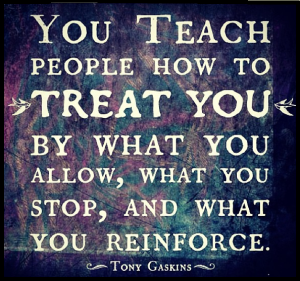 So, how much are you worth? (One need not attach a price tag to it). Point is, one should know their worth. Many settle for less, failing to realize they should be treated better, because they don’t know/believe they could be worth much. Colour, race, financial status, gender…etc. shouldn’t be used as an excuse to be treated unfairly.