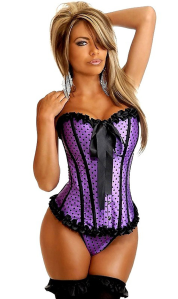 “Ladies we love you so much, but there are some things you’re doing that ain’t just right. Imagine a lady using sex as a means of survival: one sleeps with the landlord so she doesn’t pay rent; sometimes with the guy at the butcher’s… that is outright prostitution. The only difference is that one doesn’t go out at twilight, making it so obvious they receive payment in exchange for sex.

Ladies should strive to be like those from the olden days; those who were a little reserved when it came to matters sex. Some single women, on the other hand, bring their ever changing boyfriends home, thus confusing their babies, who are left wondering which one of the numerous men they should call “Dad”. If you are hooking up with someone, be a little discreet.”

That’s an edited version of an article I read this past Saturday. The writer, apparently, was a guy who seemed to have an issue with how women are conducting their ‘bedroom affairs’. Personally, I’m all for everyone doing what they deem right, but this article had me buried deep in thought.

Is this what sex has been reduced to? A mere currency we offer in exchange for goods and services? When the writer says women should go back to how it was in the past, discreet about sex and all, I thought of my late grandma-may she rest in peace-who was a very modest woman.

Her husband, my grandfather, died when mom was about a decade old and after that she never remarried. I can’t say I know for sure what she did away from the public’s eye, but everyone knew her for being so principled. She was faithful to her husband to her dying breath, almost forty years later.

I never quite discussed matters sex with her, but I can almost guess what she would have told me. “Sex is sacred. It’s a gift from God to married people. A proper lady shouldn’t go sleeping around with every man she meets.” Maybe that is not what she would have said, but given that she was a really religious woman, I would bet her words wouldn’t be so different.

In all honesty, if I was asked to chip in on the matter, I would be of the same opinion; that sex should be between two people who truly love each other. It should be the ultimate expression of the love inside two people’s hearts.

The article reminded me of a clip from the movie-White Chicks, starring Marlon and Shawn Wayans, where one of the Vandergeld’s sisters asks whom she needs to sleep with in order to be allowed to take part in a fashion show.

It’s just disheartening, that in not so many words, that is the question being asked by so many of us. “Whom do I need to sleep with?” Sometimes I see great women holding top positions, but then there will be people saying, “She slept her way to the top.”

I don’t like paying much attention to such rumours, but sometimes it’s hard to disregard it all as defamation, because at times there is always someone willing to give evidence to support their accusations.

So that leaves me wondering, does a woman really need to sleep with someone to get things done? And is, “Who do I need to sleep with?” the question we should be asking when we want something? Should we cheapen ourselves so much to the extent that the same men we sleep with so readily are now the ones complaining that it’s too much?