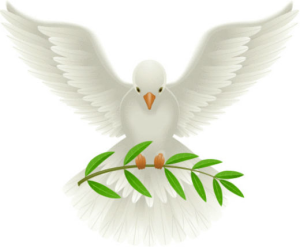 ‘These must be the end days talked about by John in the book of Revelations’. This is the thought that comes to mind everytime I hear about some disturbing occurrence in some part of the world: the war between Israel and Gaza, earthquakes and landslides, life threatening diseases…

That thought, which mostly feels like fear is further heightened by the moral decay in the society; most of the things we do today are what led to the destruction of Sodom and Gomorrah. Surely, we’re not special than those people who lost their lives in previous Biblical ‘Armageddons’. If we do the things they did, then we’re bound to suffer the same fate.

For this reason, when I hear of people dying in masses I just imagine God is just angry. He is slow to anger but I’m thinking, if we don’t make any effort to correct our bad deeds, He gets angry eventually. He loves us unconditionally and equally (doesn’t have favourites), but that does not mean He is permissive.

God’s greatest desire is for us all to love each other and to live in peace. But the defiant human beings we are, we continue to fight, perpetrating war and hatred; everything God hates. Countless lives have been lost because of wars that could have been prevented.

Not all of us have been to, or live in any of the warring nations I keep hearing about on the news everyday, but we have been involved in at least one fight. Heavy artilleries don’t have to be used for it to be termed a war. It could even be something petty; say picking a fight with a neighbour because their dog backs too loud…etc. Point is we have in one way or another been involved in a fight.

Question is, as an individual, what role do/did you play in that fight? Were you a mediator or a perpetrator? Did you help end the fight or you only added coal to the fire?

The above is a prayer attributed to St. Francis of Assisi, which embodies his simplicity and poverty. According to Father Kajetan Esser, OFM, the author of the critical edition of St. Francis’ writings, the peace prayer is most certainly not one of the writing of St. Francis.

This prayer, according to Father Schulz, first appeared during the First World War. It was found written on a holy card that had a picture of St. Francis. The prayer bore no name; but because of the card it came to be known as the Peace prayer of St. Francis.

The first time I read this prayer I was around seven years old. But when reading it, in my infantile mind it was just another prayer that had to be recited. At the time, mom was the one who was strictly enforcing our faith, seeing to it that we attended mass and prayed.

At some point, as I grew older, I stopped saying it; I’m not so sure why because I was still saying other prayers. It’s not until two or so years ago that I started saying it again. Unlike the first time I said it, this time I was pondering over every word; taking each word into consideration.

The words did not serve only as a prayer, but as a great piece to meditate on. It made me think about my life; when I’m dealing with other people, do I make them feel happy or do I just make them cry and feel bad about themselves; do I stop a fight or do I only aggravate things? Do I understand people, or I only seek to be understood?

I read each word, examining my conscience, and as I did so, I realized so many faults in my ways. On many occasions I had been selfish. Many are the times I had put my needs before others’; fighting because I only wanted others to understand why I had acted in a particular way; holding grudges because I was reluctant to forgive those who wronged me.

The prayer helps one reflect; what do we inspire in others? Love or hate? Forgiveness or vengeance? Hope or desperation? Sadness or joy? Do we only seek to be loved, rather than love others? Do we forgive, or like the unforgiving servant (Matthew 18: 21-35) we adamantly turn away those who seek our forgiveness? Do we only take without giving back?

Many fights start as small disagreements and eventually they graduate into full-fledged wars, because someone was too unwilling to forgive or understand; because someone was reluctant to love. It’s not too late to do something. We still have a chance to make things better; to prevent more loss of lives. Let’s live in peace.