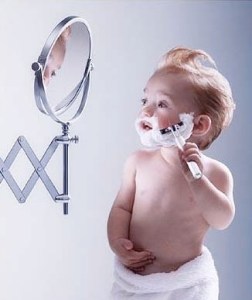 The other day when I was coming from church I saw this notice on our court’s gate; that all ladies from our court were supposed to meet later in the evening. I was tired already because of waking up early and the fact that lately I barely have enough time for anything other than school work (that’s the reason I seem so scarce on this vast blogosphere). For a few seconds I wondered why they would precisely ask for ladies to meet, given that normally all meetings are attended by both men and women.

In my rush to get home however, I forgot all about the notice.Later, at dusk, I realized I needed airtime so I grabbed a hoodie and left for the shop. The instant I stepped out I saw a group of women gathered from a far and that’s when it hit me; the meeting!

Confused, I went up the few steps and back to the house to regroup. I figured it was already too late to attend the meeting and since I needed the airtime urgently, I couldn’t just pass by them without stopping by, even if only to say hi. My big sister advised me to go find out what they were discussing, so I grabbed my phone, which I hadn’t cared to carry previously and left.

While I was going down the steps, I saw them start to walk away and immediately I knew the meeting had ended. Luckily, I bumped into mom, who had just come from the meeting. Boy was I relieved! I didn’t know she was there.

I said hi to the two women I know, and went ahead to help mom with the shopping bags. When I was going back to the house I heard the women discussing one of the issues they had discussed at the meeting and since they’re older than me, I left them to it as mom caught up with them. From what I gathered, it was about a Pastor’s daughter and from the tone of their voice, she had done something appalling.

I do not know any pastor in our court (I barely know my neighbours) nor do I know his daughter, so the discussion felt somewhat ‘alien’ to me. About fifteen minutes later mom walked into the house and curiously, we told her to share with us what had been discussed at the meeting.

“It was about how young kids are behaving. Nowadays, because they can easily access the web they download very X-rated stuff and now their parents are starting to find out. Our next door neighbour’s son for instance. He has a girlfriend. The other day his dad found out and when asked about it he just told his dad they hug.”

My jaw hit the ground when I heard that. The kid is around four years old, so I wondered what he could possibly be doing with a girlfriend.

“Mom, what is sex?” The young boy had asked innocently. The woman was shocked, to say the least.

What, in my opinion, parents fail to realize is that thanks to technology, nowadays babies – the operative word being ‘babies’ – know more than we would imagine on this taboo subject. Now what I keep repeating is, we can choose to bury our heads in the sand and pretend these kids are as naïve as they come on all matters sex, or we can grab that stubborn bull by the horn and tell them the age–appropriate issues pertaining to the matter.

Failure to do that will see children gathering all the wrong information from all the wrong sources and unfortunately, as it is turning out lately, they will grow into irresponsible young adults; my neighbours, who I mentioned in a previous post, for instance. Word had it that the two siblings had been engaging in sex, with each other.

Who’s to blame for such moral decay in the society? A society, where even four year olds – babies who have barely left the cradle – are only too eager to know about sex. It’s a fact; there’s very little we could do to erase all the information found online about sex, or even barring children from getting access to it; but I believe we can determine what sticks in their mind as ‘the truth’; and this can only be achieved by parents having healthy conversations with their children from as early as possible.

The unavoidable truth is kids are growing up too fast, and evading this topic will only have them get their infantile minds corrupted by other kids/adults. I don’t know much about kids really, but I’m of the opinion parents can start off by trying to gauge how much/little their kids know about it. From there they can set the record straight, if need be…and the earlier, the better.

2 thoughts on “Growing up too fast”