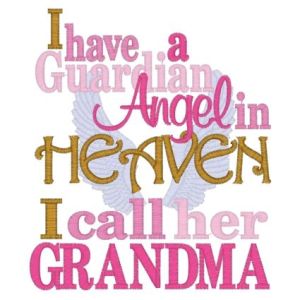 It’s been one whole year since my beloved grams passed on. It’s hard to believe it because it feels like it was just yesterday we were mourning her death. Last year, on a day like today, she breathed her last, while admitted in hospital. It was so unexpected, that when mom told us her mom had died, it took me a while before it actually sank in; that my grams was gone. All through the burial preparation, I never shed a tear. Part of me wanted to believe I had accepted her passing. And things remained that way; until the day of her burial.

Since mom was the one in-charge of the funeral arrangements, we (my small sister and I) went with her to get grams’ body from the funeral home. I’ve always had the impression mom was fearful when it came to such morbid affairs, but she had me reassessing my earlier presumptions; she went into the morgue to check if gram’s body was prepared for burial, accompanied by dad while my sister and I remained in the car.

From where I was seated, I looked around and saw this place, where they were selling coffins. The thought of seeing grams lying in one of those struck me simultaneously and all the emotions I had been trying to bottle up started spewing; and it is at that point that I started crying. Still, I tried to restrain myself. Partly because I knew her death had been so hard on mom and if she was to see me teary, all her courage or the semblance of it would evaporate and she would break down.

I just took some tissues and dabbed my face. Unfortunately, as it is with emotions, once that lid comes off, it becomes really difficult taming those unruly feelings. My thoughts drifted to the past; back to this one time, when my sisters and I were still small. It was during the long Christmas holiday and mom had dropped us off at her place while she went back to work.

Lovingly, grams had given us a tour of her vast coffee farm. That was the first time I saw coffee berries. Separating her farm from her neighbours’ was this big river and I remembered feeling so awed. The view was breath-taking. As my thoughts wandered back in time, uncontrollable tears rolled down my cheeks as it started hitting home that we would never have such beautiful moments together again. That grams was gone forever.

The thought of never seeing her again, or holding her hand, or hugging her, or seeing her walk energetically in between rows of coffee bushes just crashed me. She was gone for good. But then, I remembered how she was the last time I had seen her a few months before she passed on. She was frail, and just looked desolate. Her two sons, who lived on the same farm had been fighting constantly and in my opinion, that stressed her a lot, even though they failed to notice.

Seeing her sons fight like enemies sworn against each other had been eating at her and sometimes I feel she fell into depression, albeit the doctors didn’t mention it. When I had last talked to her, she seemed to have lost all will to live. On many occasions she wished she was dead, and I would try to enliven her by telling her the things she would look forward to; I just wanted to give her something happy to hold on to. But I guess the damage had already been done. She just wanted to die.

That frail image of her reminded me what I had been saying since I learned she had gone. She was at peace with herself, and the universe. On the day she died, she just saw mom and peacefully breathed her last. I believed she was in a better and happier place. That thought alone comforted me.

Thankfully, I managed to hold my tears back, and as the hearse carried her body to her final resting place, I was still willing myself not to cry. My small sister and I read the eulogy and when eventually, we got to the grave, the disturbing thoughts came back again in full force. Mom, who had appeared strong the entire time finally broke down and she wailed, when her mom was being lowered into the grave.

With all the strength I could summon, I just picked up a handful of soil and with tears in my eyes, dropped it in the grave. My small sister did the same and when some young men came with shovels and started covering the grave, we walked away. It was a really sorrowful day.

Today we’re attending a memorial mass to celebrate the first anniversary of her death. It has been a whole year since she left this world, but memories of her are still fresh in my head. I still haven’t mastered the courage to look at her photos because everytime I try to, the sudden feeling of loss hits me afresh.

I don’t know if I will ever get used to the fact that she’s gone, but as the days pass by, I pray she is in a happy place.

P/S: I wrote this post earlier today before I attended  the memorial service.

Jesus again used parables in talking to the people. “The kingdom of heaven is like this: once there was a king who prepared a wedding feast for his son. He sent his servants to tell the invited guests to come to the feast, but they did not want to come.

So he sent other servants with this message for the guests. ‘My feast is ready now; my steers and my prize calves have been butchered, and everything is ready. Come to the wedding feast! But the invited guests paid no attention and went about their business: one went to his farm and another to his store, while others grabbed the servants beat them, and killed them.

The king was very angry; so he sent his soldiers, who killed those murderers and burned down their city. Then he called his servants and said to them, “My wedding feast is ready, but the people I invited did not deserve it. Now go to the main streets and invite to the feast as many people as you find.

So the servants went out into the streets and gathered all the people they could find, good and bad alike; and the wedding hall was filled with people. The king went in to look at the guests and saw a man who was not wearing wedding clothes.

‘Friend, how did you get in here without wedding clothes?’ The king asked him. But the man said nothing. Then the king told the servants to, ‘Tie him up hand and foot, and and throw him outside in the dark. There he will cry and gnash his teeth.’”

In your opinion, was the king’s action justified? Did the guy who wasn’t in the proper wedding clothes deserve to be thrown out? What we, as readers need to understand first is that Jesus used parables to relay messages. I guess He felt it would be easier to tell stories (parables) because that way listeners would understand better.

He started off by saying, “The kingdom of God is like this…” so naturally He used the word king to refer to His Father, and the servants are the people among us–preachers-who he anoints to spread His gospel. When they go out to spread the word, they are turned away and in some instances they are killed; for instance, John the Baptist was beheaded.

God, like the king, invites all to His kingdom, without discriminating. He doesn’t pay any attention to who is a sinner and who is not. Furthermore, He gives us all an equal chance, hoping we will heed to His call.

In the parable, Jesus talks about a banquet and normally, banquets are happy occasions. The guy who was thrown out attended the party, seemingly unprepared, and given that this was a parable, one could interpret it from many perspectives. The proper attire could be humility, kindness, love…

When God calls us, he expects us to show acts of kindness to those around us. Maybe the guy lacked that, and so even though he was invited to the feast, he was thrown out. The ‘proper wedding attire’ could refer to many things.

The parable gives us something to reflect upon; if we were standing before God today, would we be fully prepared for the feast, or like the man, we would be thrown out? And if it’s the latter, what are the things we do wrong, which would cost us a chance to take part in God’s feast?

Show a gentle attitude toward everyone. The Lord is coming soon. Don’t worry about anything, but in all your prayers ask God for what you need, asking Him with a thankful heart. And God’s peace, which goes beyond human understanding, will keep your hearts and minds safe in union with Christ Jesus. (Philippians 4:5-7).

Worrying is essentially a waste of time because we worry about things but then it doesn’t all amount to anything important. Once I heard someone ask, “Do you remember what you were worrying about last year at a time like now?

At the time I tried jogging my mind and I just couldn’t remember what it was I had been worrying about, though I was certain there was something that had been stressing me then. In many of my posts I have mentioned I struggle with anxiety; and even though I try to stay calm all the time, sometimes I feel it overpowers me and I find myself worrying about things that haven’t happened yet.

Earlier today, when I walked into church, I asked God to help me learn something that would guide me through this week. After my short prayer, I looked at the pamphlet with today’s readings, and I smiled when I saw the reading above.

See the thing with anxiety, is that it makes you worry even when you don’t want to. Anyone who has ever suffered from anxiety will tell you it takes so much willpower to fight the negative thoughts, which creep up on someone when they least expect it. It’s like a dark cloud that won’t scud away no matter how you will it to.

We’re told not to judge others because we’re not always privy to what all the people we meet are going through. That means, everyone has one or two issues bugging them; something that prevents them from smiling or enjoying the good things they have, however few. I believe today’s message is not just for me, but for all of us.

We’re asked to pray for our needs instead of worrying about them. It doesn’t matter how complicated the situation feels; or how gigantic the problem seems. God has a solution to all those situations which distress us. All we need to do is take those problems to Him in prayer.

Do have the loveliest of weeks ahead.