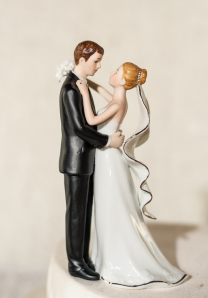 What happens when a devoted choir girl gets pregnant and it’s in the public domain she is very unmarried? First, church folk who consider themselves deeply religious (in the self-righteous way) would be so quick to condemn her, questioning how she let herself partake of the forbidden fruit when it should be enjoyed by married couples.

Secondly, if the girl was brave enough to go back to church after conceiving, with her new-born in her arms, the same church folk would condemn her for blatantly showing up in church after fornicating and getting a child out of wedlock. Yes, people can be nasty sometimes.

See how that scenario plays out? It actually happened to a girl in my church and I wrote about it in a previous post. I didn’t know the girl really well, but deep down I applauded her for her courage. Not many would just go back to church after getting knocked up, when everyone expects people who are strongly involved in church matters to also set an example for the rest of the faithful.

A few weeks after delivering she resumed her position back in the choir and life went on. Some months ago my sisters and I made this friend in church. He had been recently elected as youth chairman. One Sunday afternoon he was with a friend, so when we went to greet our friend, he introduced us to the ‘chairman’ and that’s how we got to know each other.

The next time-almost a month later-the ‘chairman’ came to say hi to my sisters and I, he was alone. That time mom was with us. Since they hadn’t been formally introduced, I told him that was our mom and he refused to believe it.

“She can’t be your mom,” he objected, evidently surprised.

“Why?” My sisters and I asked simultaneously.

We only giggled. He wasn’t the first person to say that so we understood him.

“I know your mom,” he continued adamantly. “I’ll show you who she is the next time I see her.”

We laughed again because that was funny. I didn’t know what woman he was referring to but I imagined he was talking about a woman who sits next to us in church most of the time. While we were saying our goodbyes, we spotted dad and as we started making our way towards him, we told the ‘chairman’ that was our dad.

Again, he refused to believe it. Clearly startled, he walked away, shaking his head in disbelief. Since that day we became good friends, always stopping to say hi whenever we bumped into each other after mass.

About a month ago, he walked up to my small sister and me and gave us invitations to his pre-wedding bash. He is a very young guy, and that took us by surprise. I wouldn’t have guessed, even in a million years that he would be getting hitched. I hadn’t seen him even in the company of any woman so that was quite a shock.

While we were standing there congratulating him because honestly that was such a bold step to take especially for a guy his age, he pointed us to a young lady who was walking out of the church. “That’s my wife.”

Curiously my sister and I looked in the direction he was pointing us to. Shock on us! His fiancée was none other than the ‘choir girl’.

I’d seen her so many times before but I had never had the chance to talk to her. She walked towards us and right after, the guy-her fiancé left us to acquaint ourselves with each other. We didn’t have much to say to each other as we were practically strangers but atleast we got too know her name.

A week after their pre-wedding he found mom at her workplace and gave her two invitation cards to his wedding. One card was addressed to mom and dad and the other one to my sisters and me. We hadn’t thought the wedding would be that soon but we promised him we would attend.

This past Saturday, my sisters and I went to church to witness the very young couple saying “I do.” It was such a beautiful ceremony. I watched as the tearful father of the bride gave his daughter away, and I imagined he was happy to see his daughter formalizing her relationship with her baby daddy.

Forlornly, I wondered if dad would even shed a tear for us if we were the ones getting married. I have a feeling he wouldn’t be moved to tears. In any case I bet he would have the ‘good-riddance- feeling. I know he would be happy to give us away, just so we can finally get off his back.

Anyway, as the wedding ceremony continued, I watched in admiration as the ‘choir girl’ and her ‘chairman’ hubby finally said, “I do, in good times and in bad, for better or for worse, in sickness and in health, till death do us part.”

For a moment there I had thought the bride would start crying as I watched her recite her vows, but when her husband slipped the ring on her finger, a wide smile curved her lips and the tears that had welled up in her eyes disappeared.

The two are just a young couple. Even the priest officiating the wedding said it; that the choir girl and her husband were the two youngest people, whose wedding he had presided over. I couldn’t argue with that. It was precisely why I had been so shocked when I saw the ‘choir girl’ expectant and subsequently giving birth.

I’m so glad they were brave enough to take that bold step at such a young age.