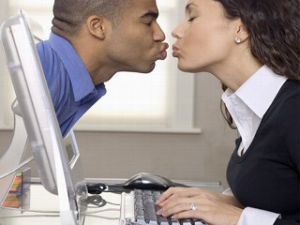 There was no way I was going to leave the house on a rainy Friday to go meet up with a guy I had never met before; someone I had just met online. I really wasn’t sure I was doing the right thing by agreeing to meet up with him. I hoped it would rain so I would have a valid reason to cancel our date.

Friday came, and the day couldn’t have been more beautiful. The radiant sun was out in all its glory. My one valid excuse to bail had just been quashed. With no other excuse to give, I dressed up and left the house.

The whole thing had me so nervous and I didn’t feel like I wanted to wait for a guy I barely knew. As the cab had already left, I walked to a nearby mall where some friends worked. I decided it was better to go wait there; that way I would still see my friends. Additionally, he had told me his mom ran a clothes store in the same mall; he wouldn’t have a hard time finding me.

Close to an hour later, he called me asking where I was. I gave him the directions and he came for me. If ever I could choose the guy I wanted to spend the rest of my life with, it would be him. I had seen his photos, but he was way cuter in person. I couldn’t believe my luck.

The thing about meeting people online is that you feel you know them but when you see them you realize you’re just perfect strangers. Normally I would have flung my arms around him in a warm embrace, but that was our first meeting. I didn’t know whether to hug him or just settle for a basic handshake. It felt awkward.

Smiling I just said, “You’re late.” He found me talking to one of my friends

I introduced them by their names without adding any titles. My friend assumed he was my boyfriend as we excused ourselves and left, with my hand in his. We took an elevator down but as there were other people inside we didn’t say a word. When we got out of the mall, he apologized for showing up late and told me there were some documents he needed to drop urgently.

He asked if I would be kind enough to accompany him so we could have lunch right after, and though I was reluctant at first, I agreed. The entire time I was with him in the car, I questioned my own judgement. How could I let a total stranger whisk me off to some unknown place?

Nevertheless, I sat quietly, ignoring his obvious ogling. I tried not to blush as he complimented me, telling me how beautiful I was. As I couldn’t guarantee my safety in a stranger’s hands, I kept texting my sister, telling her where we had reached in case something happened. I hoped nothing would happen though.

Half an hour later, we stopped outside a residential gate. Security guards pulled the gates open and the car pulled up in the car park. Loud alarms went off in my head with red neon lights flashing doggedly. I put all my guards up, realizing that he had tricked me into going to his place, on our very first date.

The thought that we had never been out before, and the fact that we had met online necessitated that we meet in a public place; but there I was, in his house. I couldn’t believe I had let myself get fooled. For a nanosecond I almost hated myself for my utter lack of judgement. The gentleman he was, he rounded the car and came to get the door for me before leading me to the house.

Quietly, I watched as he opened the door to his house. The ‘documents’ he had were apparently meant for a neighbour. I imagined it couldn’t have been that urgent.

“You didn’t tell me you were bringing me to your house,” I told him, my temper already rising, partly for his two-facedness and for my absolute foolishness. Still, I didn’t want to make a bad first impression; I tried not to lose my cool. “This is not what we agreed on.”

“It won’t take long,” he replied innocently. He had a way of getting me to accept things I wasn’t okay with, feigning a very submissive tone, even though normally he just came off as macho. I knew if ever we became anything important-more than online acquaintances- I would never have to worry about him protecting me; he seemed so capable. The version of him I had met online was just perfect-almost. I hoped that was how he was in reality, so I wouldn’t have anything to worry about.

I was tempted to cut and run, but the little voice in my head told me I would appear a scaredy-cat if he was in deed an honest guy. Cautiously, I went in, hoping I would come out in one piece…