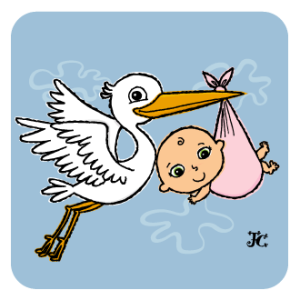 In January this year, I accompanied my mom to her ophthalmologist; she was going to get fit for a new pair of glasses to replace the ones she had as they had expired after the required two years duration. I was free that day, so when she asked me to take her I had no reason to turn her down.

It was mid-morning, and from the look of it, the day would be a beautiful one. The sun was out, but the cool breeze made it just the perfect day out with my mom.

By the time we got to the eye clinic, the sun was overhead; it was midday. When we walked in the place was relatively packed, but there was sufficient room for all of us. A lady dressed in a pink shirt and black tailored pants-that was their uniform- came to attend to us. She brought with her a form which my mom was supposed to fill out then after a while she took it to the main reception; she handed the form to the lady who was sitted behind the desk. The lady looked at it then went ahead to pull out my mom’s records from a shelf of neatly stacked files, which were arranged alphabetically but they couldn’t trace them, so the lady we had talked to came back with the form my mom had filled out.

It was my mom’s name they had misspelt. She went back and a while later she came with the ‘elusive’ records.

She filled out a few details then she showed us to the waiting bench. When my mom’s turn came, I didn’t see the reason to remain behind, so I walked in with my mom to the ophthalmologist’s office; she was a pretty Asian lady- judging from her appearance I presumed she was in her thirties.

We exchanged a few pleasantries and my mom and I took our seats. I took the seat next to the door while my mom took the one adjacent to the doctor’s. The doctor and my mom walked down memory lane briefly, recounting my mom’s last visit there.

The doctor handed my mom a pair of goggles which had a red lens on one side and a green one on the other. My mom, who’s already familiar with the routine put them on, facing a remote controlled screen fixed high up on the wall, that had one side coloured red and the other green. The doctor asked my mom to read some letters on the screen and she adjusted the goggle lenses based on my mom’s vision.

As the doctor controlled the screen with the remote in hand, she swung her swivel chair sideways, and then from the clear blues she mentioned she was feeling light-headed. “I think I’m pregnant”, she added excitedly before anyone of us could ask if she was unwell.” I feel this when I’m pregnant”.

“I’m certain I’m pregnant,” she beamed, “I’ve been feeling this for a while now”.

The doctor’s face lit up, “Yeah, I still have that one son, he’s six now”. She unconsciously swung her chair sideways, “I told him his sister would be coming and he was so happy”.

Then she looked at me; I didn’t know what to say, I don’t like joining in other people’s conversations, but at the same time I didn’t want to come off as a bore… “It’s a girl?” I found myself asking.

She smiled, “We’re not sure, but I’m hoping it will be a girl.” She paused, “When my husband and I told him his little sister would be coming soon he asked where is she?” I just sat still, waiting to hear her reply. “I told him she’s in my tummy. Then he asked, how did she get in there?” The conversation was heating up. I didn’t want it to seem like I was intruding, but heavens! It was too good to resist.

When she said her son had asked where his sister was, I had expected her to tell him one of those interesting lies parents tell their kids; like, they would be getting her from the market or something close to that. But she had actually told him the truth. I hadn’t anticipated that. I thought that was brave of her.

So when I heard the ‘how did she get in there?’ part, my thoughts scattered… did she tell him about the birds and the bees? I wondered, my gaze fixed on her, eagerly waiting to hear her reply; how she manoeuvred out of that sticky situation, but she seemed a bit hesitant, I couldn’t wait any longer, “so what did you tell him?” I asked.

She turned to look at me, “I just gave him candy and he forgot all about it”. Then she turned to my mom again, to add an extra lens because my mom had said her right eye’s vision was somewhat blurry. “But I know he will be asking about it again soon, hopefully by then I will be prepared”.

That conversation took me down memory lane, back to my childhood. Kids seemingly put their parents in very uncomfortable situations, when whatever answer they need has to do with matters sex. My mom is just one of those chosen few who never go through that stage; none of my sisters and I ever asked that million dollar question, “Where do babies come from?” I’m not sure how my sisters learnt about ‘baby making’, but personally, I accidentally bumped into the answer.

After class one late afternoon, I was nine at the time; I was walking from the classroom headed home, when on the corridor I stumbled into a red book on the floor. I don’t remember what drawing was on the front cover, but it was in black. I picked the book up and flipped through the pages and I liked what I saw. The topic that particularly caught my eye was, ‘Answers parents give their children when they ask where babies come from…’

I had no idea who the book belonged to; maybe some cheeky kid had taken it to school to show it to their friends or maybe an older kid had dropped it… but I knew I had to read it all, so I put the book in my bag and took it home, hoping my mom wouldn’t see it; she always warned us against taking things that didn’t belong to us.

That evening after finishing my homework I embarked on reading that red book. I chuckled as I read about some of the white lies parents tell their kids; babies are bought from the market; a big bird comes and drops the babies right on one’s door step… Then I remembered the big birds-storks- I had seen in cartoons carrying a bundle on their beaks, and subsequently dropping it off on someone’s doorstep. The owner of the house would take the bundle, open it and find a beautiful baby staring at them.

After that, the author(s) of that book went on to explain the real thing; where babies come from. It gave a detailed explanation of the reproductive parts of the male and female anatomy and subsequently how a baby is formed when the two engage in coitus… I had taken that biology class in advance.

Just by sheer luck, I had learnt where babies come from…

Four years later, as a teenager, my teachers taught about reproduction; they were emphasizing on the topic an awful lot to ensure girls did not end up with buns in the ovens when hormones started raging at the onset of puberty. Interestingly I realized they were teaching me something I already knew. The one thing they didn’t seem to help me understand was how the baby came out…

I spent many years wondering how a whole baby passed through the birth canal into the world… I needed facts, but the people I asked weren’t so willing to divulge the details; they were prevaricating. At some point I just got tired of the undetailed answers; I thought it was time I did what I should have done ages ago; I asked my mom about it…

4 thoughts on “WHERE DO BABIES COME FROM?”