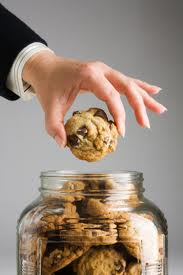 Some roads are awfully narrow and murky; roads that only a handful choose to go down on their own volition. That however, doesn’t change the fact that a vast majority have in one way or another trodden that route, courtesy of difficult circumstances.  Hearts have been broken, hopes shattered, reputations blemished …wedges have been driven into long term and intact relationships, pushing partners into chasms, which the weak ones never master enough strength to surface out of.

I don’t encourage people to go down that road, but if you must stick your hand in that cookie jar, by all means take a cookie(s) out; because if you ask me, it’s virtually pointless if one engages in some secret rendezvous with some big gun and still end up worse than when it first started…

In my opinion, if one deems it fit to cheat on their partner, they should at least make sure they earn something from it, so that if anyone was to ask them, “You jeopardized your relationship for a short term affair, was it really worth it?” The answer would be a firm, “ Yes!”  If one must besmirch their reputation, then it should be worth it; so that if there happens to be some loud mouths (I call them loud mouths in reference to the pot-kettle syndrome) shouting, “Whore!” One will walk with their head held high, with a warm feeling of satisfaction that it wasn’t all for naught.

See, I have this friend; she’s been out and about with the ‘who’s who in the list of prominent newsmakers. When she comes over, and we spot some guy on TV that she’s spent some passionate moment with, she won’t let him pass unnoticed; she will contentedly remind/ inform those in the room that they’ve rolled in the hay together. I normally acknowledge her statement with a genuine smile, before quickly adding that she should reconsider gallivanting around with married men. I cherish my friend a lot, because she accidentally found her way into my life when I was going through some difficult phase, so she means that much to me. She helped me through the storm.

Now I see her doing things that don’t sit well with me, not because I’m getting affected by them, but because I can tell she is struggling under all the load on her shoulders. We often share some light- hearted moments with her, and I always get the feeling that even though she laughs hysterically, it doesn’t come from the heart; it is just a show she puts up to feign happiness. If you’re wondering how I surmised this, think of a friend; a true friend will always see beyond momentary laughter, they’ll tell a pal is hurting even when the world thinks they’re on cloud nine.

My friend’s a tough cookie; as a teenager she witnessed her house being burnt down by arsonists, an incident that weighed down on her entire family as they had to start from scratch, and all her life she has had to put up with her dad’s rejection; I attribute her misdemeanours principally to the latter. She’s had it rough. It’s for this reason that I don’t want to see her life wasting away.

The way I see it, she could turn her misfortune into something she can be proud of eons from now. She doesn’t benefit at all from her partaking in this bedevilled affairs, because regardless of her viewing her sexual shenanigans as conquests, she has no trophies to show for her alleged victory; bragging rights don’t exactly count if after years of hooking up with more than enough bigwigs, all she has to show for it is a fatherless son, whose dad she last heard from a couple of years ago when he threw her a few notes to get an abortion when she told him she had his bun in the oven. Tragic! Seemingly she didn’t learn anything from that, seeing as she’s got another one on the way.

I’ve watched her making wrong turns every so often, because she only realizes her faults when the milk’s already spilt but the minute it dries up she’s at it again, and the vicious circle continues… so I beg to ask, is it really worth it? Sacrificing so much dignity, and all for naught? I do understand that habit is second nature and sometimes fighting them could be frustrating; I have a few of my own… but even so, one should do their best to turn those lemons into sweet lemonade. If one can’t kick off a bad habit, then they should at least try to reap something from it. For instance, if my friend can’t clean up her act, literally, then she should get her paramours to provide for her… and I mean like PROVIDE!

Sleeping in a mansion, driving a luxury car, getting her progeny into the best school(s) and all won’t vindicate her because she could even loathe herself for it later especially when she finds herself at a crossroads, when she finally has to fess up to them as to how she acquired her wealth… but after my assessment of the situation, I feel that if she already jumped in with both feet, the least she deserves is to get out of it smelling of roses. Don’t get me wrong, I’m hardly encouraging anything here. All I’m saying is, if you have to do something, do it in such a way that you reap benefits from it; in a way that the benefits far outweigh the losses, so that if ever the time comes you will confidently say, “Yes, it was worth it!”

Looking at it from a business angle, economists have developed a keen alertness to certain aspects of everyday conduct and situations. More specifically, they look for rationality or purposefulness in human actions and economic institutions. This purposefulness implies that people, individually and collectively, make choices by comparing costs and benefits. They refer to this as the economic perspective or cost-benefit perspective.